The structure of clusters formed by Stockmayer supracolloidal magnetic polymers

Unlike Stockmayer fluids, that prove to undergo gas-liquid transition on cooling, the system of dipolar hard or soft spheres without any additional central attraction so far has not been shown to have a critical point. Instead, in the latter, one observes diverse self-assembly scenarios. Crosslinking dipolar soft spheres into supracolloidal magnetic polymer-like structures (SMPs) changes the self-assembly behaviour. Moreover, aggregation in systems of SMPs strongly depends on the constituent topology. For Y- and X-shaped SMPs, under the same conditions in which dipolar hard spheres would form chains, the formation of very large loose gel-like clusters was observed (E. Novak et al., J. Mol. Liq. 271, 631 (2018)). In this work, using molecular dynamics simulations, we investigate the self-assembly in suspensions of four topologically different SMPs --chains, rings, X and Y-- whose monomers interact via Stockmayer potential. As expected, compact drop-like clusters are formed by SMPs in all cases if the central isotropic attraction is introduced, however, their shape and internal structure turn out to depend on the SMPs topology. 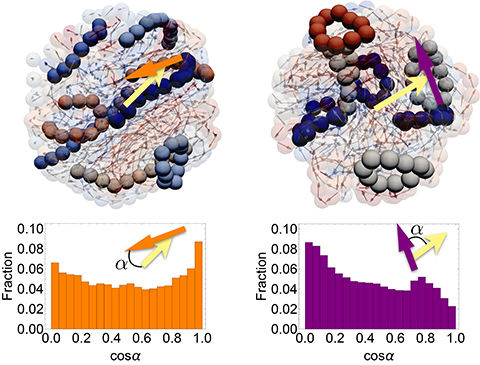