Rheology in dense assemblies of spherocylinders: Frictional vs. frictionless

Using molecular dynamics simulations, we study the steady shear flow of dense assemblies of anisotropic spherocylindrical particles of varying aspect ratios. Comparing frictionless and frictional particles we discuss the specific role of frictional inter-particle forces for the rheological properties of the system. In the frictional system we evidence a shear-thickening regime, similar to that for spherical particles. Furthermore, friction suppresses the alignment of the spherocylinders along the flow direction. Finally, the jamming density in frictional systems is rather insensitive to variations in aspect ratio, quite contrary to what is known from frictionless systems. 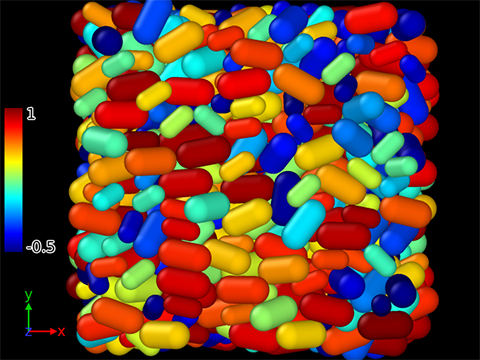