The adsorption of pairwise interacting particles on fractal surfaces has been studied by grand canonical Monte Carlo simulations. The substrate is built from a mixture of two types of objects: (i) objects with two bonds and (ii) objects with four bonds. These objects move on a square lattice, according to diffusion-limited aggregation (DLA) rules, and stick to each other only if they have a free bond pointing at each other and, of course, are first neighbors of each other. The resulting substrate, which is named as bivariate diffusion-limited aggregate (BDLA), is a fractal structure composed by two bonds units with fraction

and four bonds units with concentration

. In the limit case of

, the standard DLA model is recovered. In addition, repulsive lateral interactions between adsorbed particles are considered. Adsorption isotherms and differential heats of adsorption are calculated for different values of the parameters of the system. In the case of high repulsive couplings, a wide variety of structural orderings are observed in the adlayer. The main characteristics of these ordered phases are discussed in terms of the topological properties of the bivariate aggregates. 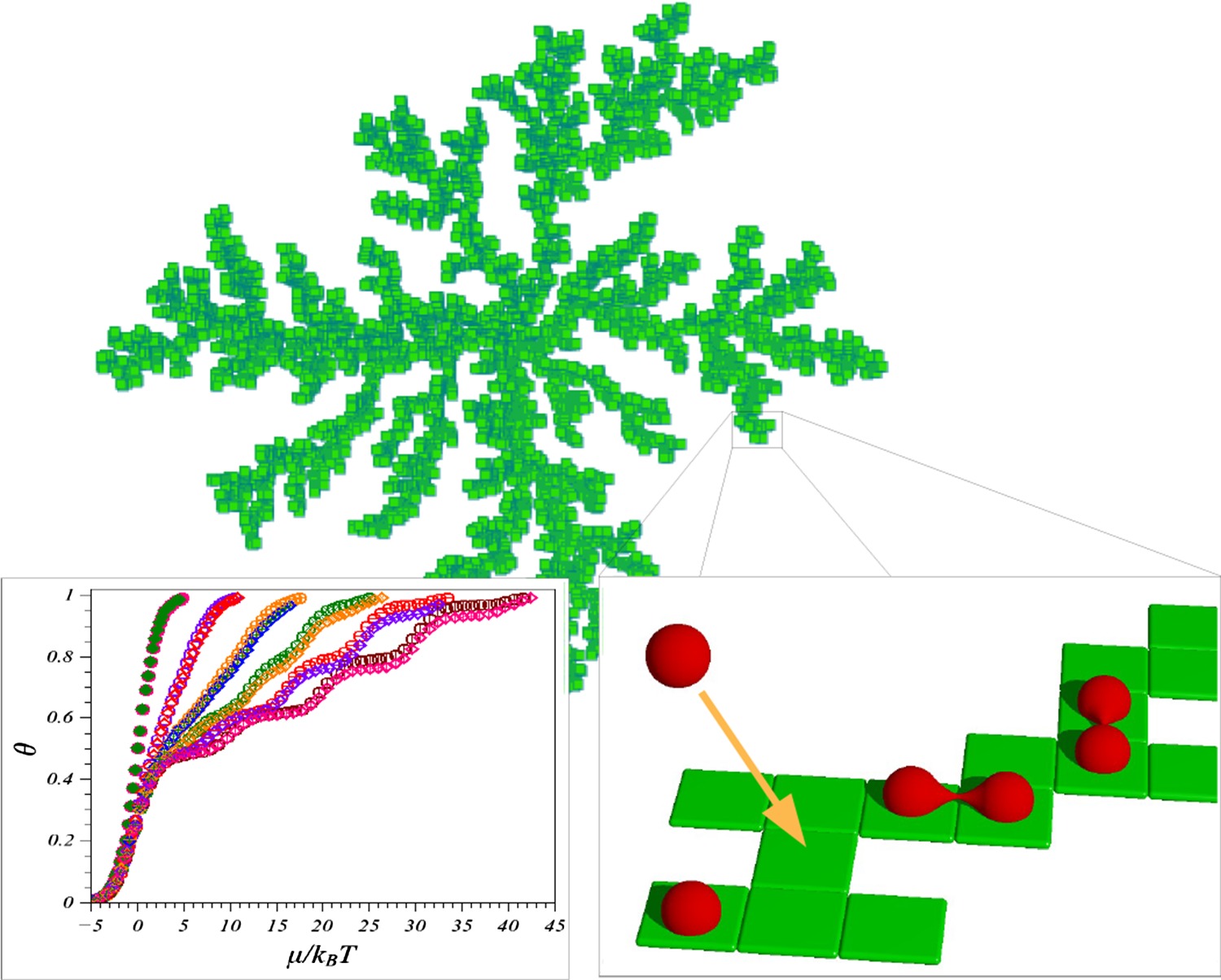