Order and disorder in the adsorption model of repulsively interacting binary mixtures on triangular lattices: theory and Monte Carlo simulations

The problem of interacting binary mixtures adsorbed on triangular lattices has been studied by means of ground-state (GS) calculations, Monte Carlo (MC) simulations and exact counting of configurations on finite cells [the so-called cluster-exact approximation (CA)]. We focus on the case of repulsive intraspecies couplings and null interspecies interaction, where a rich variety of ordered phases is found in the adsorbed layer. Each surface structure is separated from a disordered state by a phase transition occurring at a finite temperature. The ordered phases are identified by means of GS analysis, and their dependence on temperature is studied by MC simulations and CA. Total and partial adsorption isotherms are obtained for values of the lateral interactions in the different regions of the phase diagram. MC results are compared with CA calculations. A very good coincidence is obtained between both methods, supporting the validity of the exact counting of states on finite cells as an adequate approach to describe the behavior of multicomponent competitive adsorption with adsorbate–adsorbate interactions. 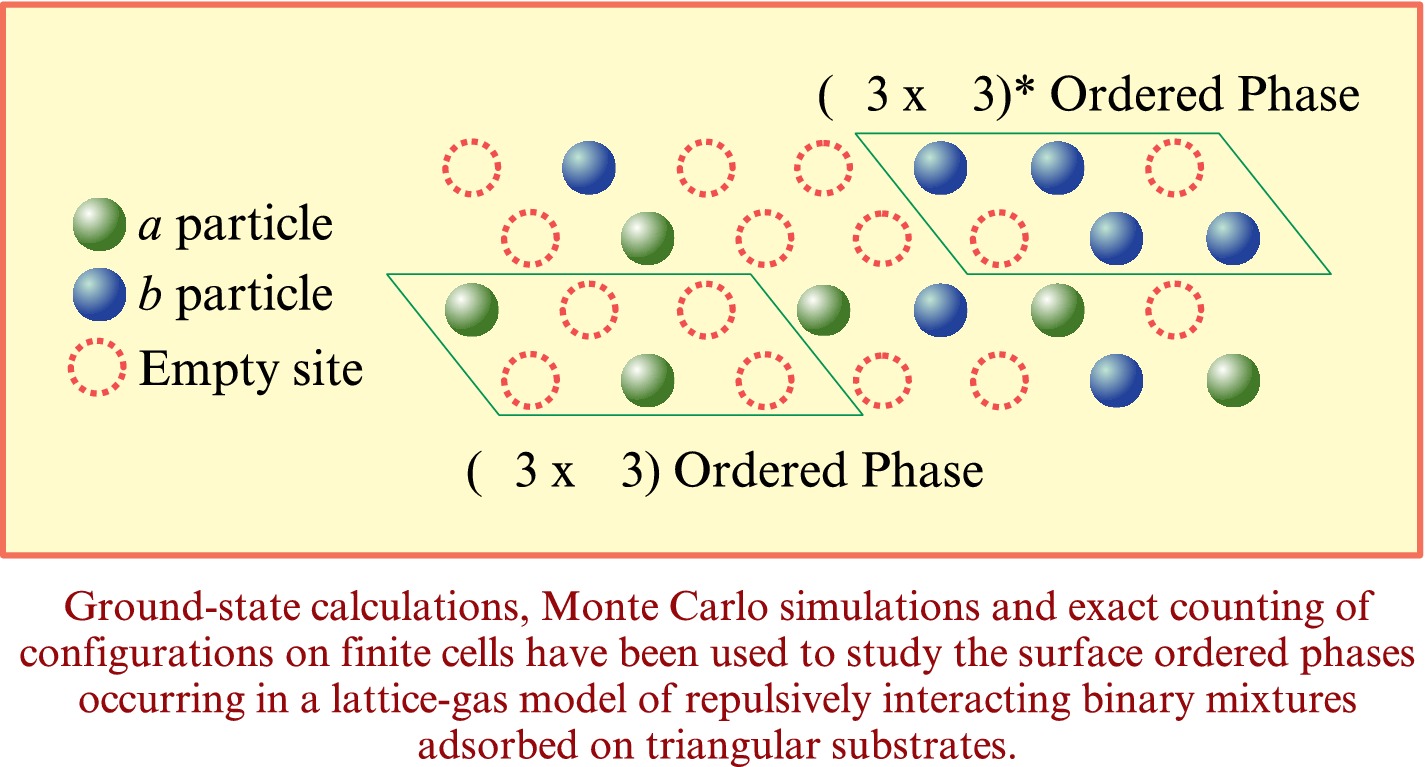