Octupolar order in three space dimensions is described by a real-valued, fully symmetric and traceless, third-rank tensor A. The real generalized eigenvalues of A are also the critical values of a real-valued potential

defined on the unit sphere

by A. Generalized eigenvalues of A and critical points of

are equivalent means to describe octupolar order in a molecular assembly according to Buckingham's formula for the probability density distribution. Intuition suggests that

would generically have four maxima, corresponding to the most probable molecular orientations, so that a (possibly distorted) tetrahedron would effectively describe A. This paper shows that another generic octupolar state flanks the expected one, featuring three maxima of

. The two generic states are divided by a separatrix manifold, which may physically represent an intra-octupolar transition. 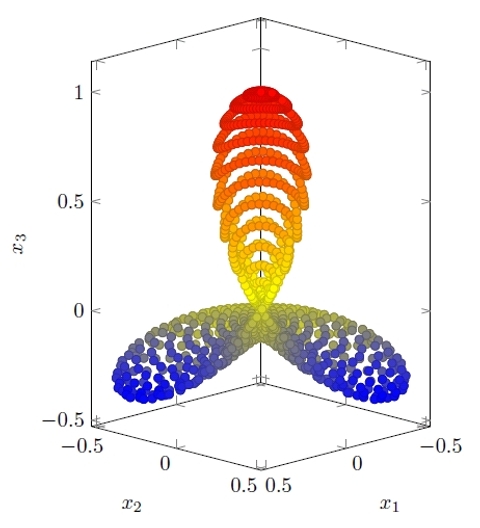