Octupolar order is described in two space dimensions in terms of the maxima (and conjugated minima) of the probability density associated with a third-rank, fully symmetric and traceless tensor. Such a representation is shown to be equivalent to diagonalizing the relevant third-rank tensor, an equivalence which however is only valid in the two-dimensional case. 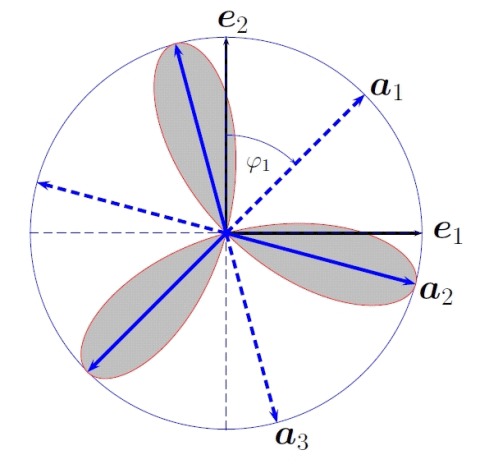