The adsorption of pH-responsive polyelectrolyte chains onto oppositely charged spherical macroions is investigated through Metropolis Monte Carlo simulations and the Weighted Histogram Analysis Method. In this case, the polymer charge density is susceptible to the solution conditions, such as salt concentration and pH, as well as the presence of other charged species. Thus, the pH and ionic strength variations leads to abrupt variations of the conformational and electric properties of the chain, as a result of first-order-like transition between the adsorbed and desorbed states. The diagram of states as a function of ionic strenght and p H is provided. Despite the inhomogeneities in the polyelectrolyte charge distribution induced by the macroion presence and its dependence on ionic strength, the scaling relation between the macromolecular charge densities and the critical Debye length is obtained in agreement with experimental investigations. 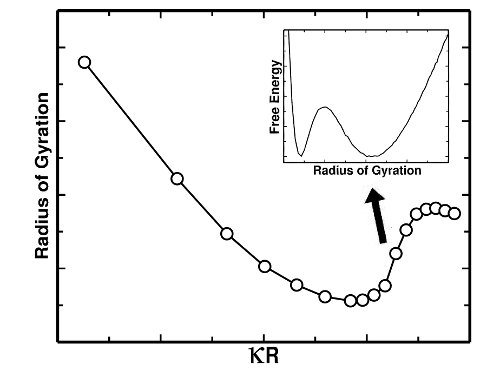