The conditions in which meridional recirculations appear in swirling flows above a fixed wall are analysed. In the classical Bodewädt problem, where the swirl tends towards an asymptotic value away from the wall, the well-known “tea-cup effect" drives a flow away from the plate at the centre of the vortex. Simple dimensional arguments applied to a single vortex show that if the intensity of the swirl decreases away from the wall, the sense of the recirculation can be inverted, and that the associated flow rate scales with the swirl gradient. If the flow is quasi-2D, the classical tea-cup effect takes place. This basic theory is confirmed by numerical simulations of a square array of steady, electrically driven vortices. Experiments in the turbulent regimes of the same configuration reveal that these mechanisms are active in the average flow and in its fluctuating part. These mechanisms provide an explanation for previously observed phenomena in electrolyte flows. They also put forward a possible mechanism for the generation of helicity in flows close to two-dimensionality, which plays a key role in the transition between 2D and 3D turbulence. 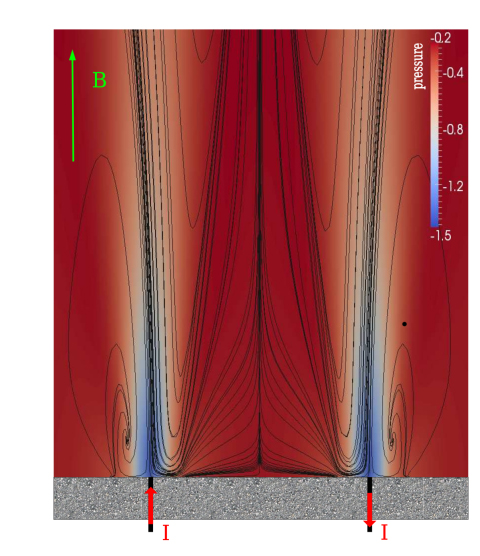