The breakup pathway of the Rayleigh fission process observed in the past experiments carried out using high-speed imaging of a charged drop levitated in an AC quadrupole trap has shown to exhibit several cycles of shape and center-of-mass oscillations followed by asymmetric breakup by ejecting a jet in the upward direction (i.e., opposite to the direction of gravity). We recently attempted to explain this using boundary integral simulations in the Stokes flow limit, wherein the position of the droplet and the polarity of the end cap electrodes were assigned using physical arguments, and the center-of-mass motion was not estimated consistently invoking quasi-static conditions. In this work, we explain the experimental observation of upward breakup of charged droplets in a quadrupolar field, using numerical calculations based on the boundary element method considering inviscid droplets levitated electrodynamically using quadrupole electric fields. The center-of-mass motion and the end cap are consistently calculated in the numerical scheme. The simulations show that the gravity-induced downward shift in the equilibrium position of the drop in the trap causes significant, large-amplitude shape oscillations superimposed over the center-of-mass oscillations of the drop. An important observation here is that the shape oscillations due to the applied quadrupole fields result in sufficient deformations that act as triggers for the onset of the instability below the Rayleigh limit, thereby admitting a subcritical instability. The center-of-mass oscillations of the droplet within the trap, which follow the applied frequency, are out of phase with the applied AC signal. Thus the combined effect of shape deformations and dynamic position of the drop leads to an asymmetric breakup such that the Rayleigh fission occurs upward via the ejection of a jet at the north pole of the deformed drop. 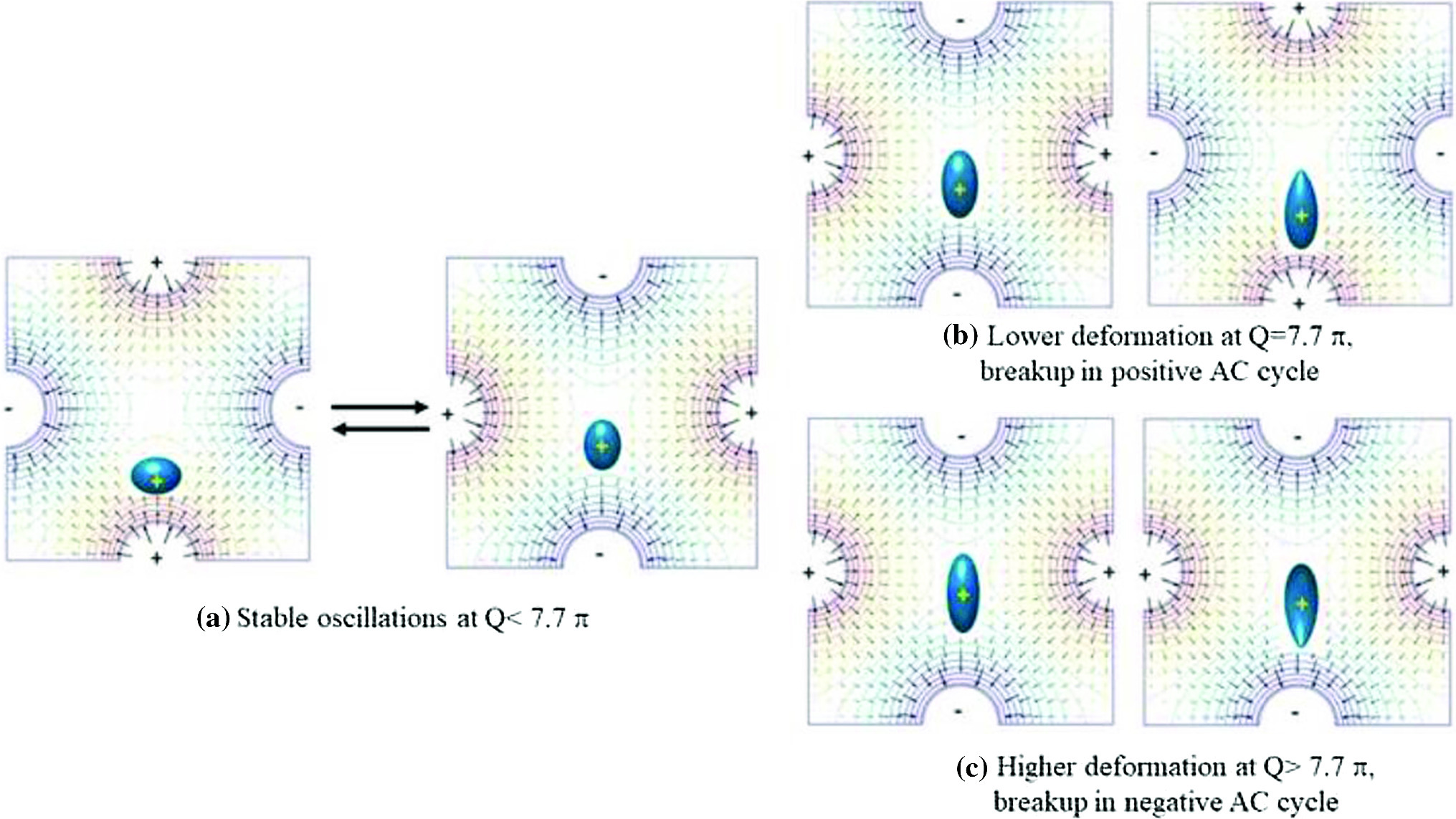