Active matter systems often are well approximated as overdamped, meaning that any inertial momentum is immediately dissipated by the environment. On the other hand, especially for macroscopic systems but also for many mesoscopic ones particle mass can become relevant for the dynamics. For such systems we recently proposed an underdamped continuum model which captures translationally inertial dynamics via two contributions. First, convection and second a damping time scale of inertial motion. In this paper, we ask how both of these features influence the collective behavior compared to overdamped dynamics by studying the example of the active phase field crystal model. We first focus on the case of suppressed convection to study the role of the damping time. We quantify that the relaxation process to the steady collective motion state is considerably prolonged with damping time due to the increasing occurrence of transient groups of circularly moving density peaks. Finally, we illustrate the fully underdamped case with convection. Instead of collective motion of density peaks we then find a coexistence of constant high and low density phases reminiscent of motility-induced phase separation. 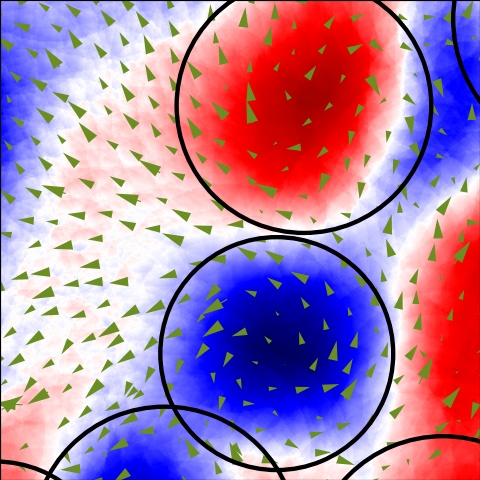