We study the potential of mean force for pairs of parallel flat surfaces with attractive electrostatic interactions by employing model systems functionalized with different charged, hydrophobic and hydrophilic groups. We study the way in which the local environment (hydrophobic or hydrophilic moieties) modulates the interaction between the attractive charged groups on the plates by removing or attracting nearby water and thus screening or not the electrostatic interaction. To explicitly account for the role of the solvent and the local hydrophobicity, we also perform studies in vacuo. Additionally, the results are compared to that for non-charged plates in order to single out and rationalize the non-additivity of the different non-covalent interactions. Our simulations demonstrate that the presence of neighboring hydrophobic groups promote water removal in the vicinity of the charged groups, thus enhancing charge attraction upon self-assembly. This role of the local hydrophobicity modulating electrostatic interactions is consistent with recent qualitative descriptions in the protein binding context. 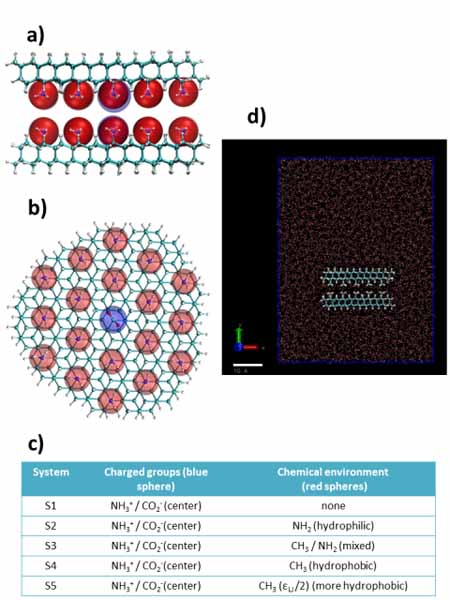