Influence of fluorination on barrier properties of polymers: Insights from Monte Carlo simulations of eicosanes + methane

Fluorination is widely used to improve the resistance and physical properties of polymers that are cheap to manufacture. This process improves the resistance properties of unfluorinated materials. This study examines the effects of varying the degree of fluorination on the clustering and absorption behaviour of methane n-eicosane. Monte Carlo simulations were performed for several different pressure values, at ambient temperature, to determine the uptake of methane into the eicosanes. The density of the pure eicosanes, simulated at ambient conditions, compared favourably with experimental data for the relevant polymers. The spatial configurations resulting from the absorption simulations were analysed to determine the clustering behaviour of absorbed methane. Both the prevalence of cluster formation in general, and the occurrence of specific cluster topologies of various sizes were considered. Cyclic clusters had a tendency to become more prevalent in unfluorinated eicosanes as the gas pressure was increased, while the presence of fluorine atoms on the eicosane backbone appeared to inhibit the formation of such clusters. 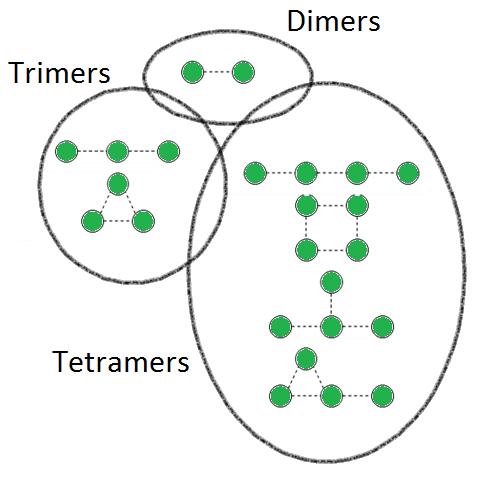