We have investigated the properties of a driven equi-molar binary colloidal mixture confined to a two-dimensional narrow channel. The walls are hard and periodic boundary condition is applied along the channel. Colloidal particles perform Brownian motion in a solvent having a fixed temperature and interact with each other via a Debye-Hückel Coulombic interaction (Yukawa potential). A constant external force drives the colloids along the channel. Two species move oppositely to each other. Hydrodynamic interactions are neglected and the dynamics is assumed to be over-damped. The flow increases nonlinearly with the external force but does not exhibit a notable dependence on channel width. Above a critical driving force the system undergoes a homogeneous-to-laning transition. It is shown that the mean lane width as well as the laning order parameter increases with the channel width. The reentrance effect is observed in the narrow channel geometry. 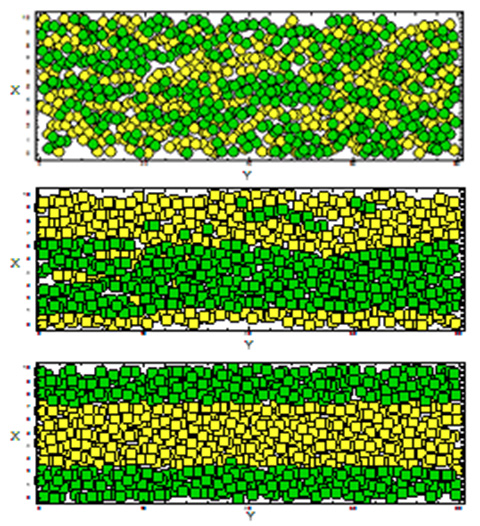