We report a new theory of dissipative forces acting between colliding viscoelastic bodies. The impact velocity is assumed not to be large to neglect plastic deformations in the material and propagation of sound waves. We consider the general case of bodies of an arbitrary convex shape and of different materials. We develop a mathematically rigorous perturbation scheme to solve the continuum mechanics equations that deal with both displacement and displacement rate fields and accounts for the dissipation in the bulk of the material. The perturbative solution of these equations allows to go beyond the previously used quasi-static approximation and obtain the dissipative force. The derived force does not suffer from the inconsistencies of the quasi-static approximation, like the violation of the third Newton’s law for the case of different materials, and depends on particle deformation and deformation rate. 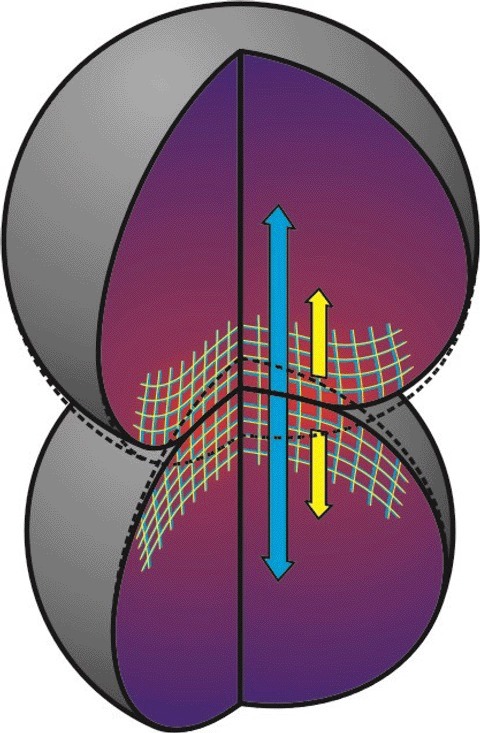