The slow flow of amorphous solids exhibits striking heterogeneities: swift localised particle rearrangements take place in the midst of a more or less homogeneously deforming medium. Recently, experimental as well as numerical work has revealed spatial correlations between these flow heterogeneities. Here, we use molecular dynamics (MD) simulations to characterise the rearrangements and systematically probe their correlations both in time and in space. In particular, these correlations display a four-fold azimuthal symmetry characteristic of shear stress redistribution in an elastic medium and we unambiguously detect their increase in range with time. With increasing shear rate, correlations become shorter-ranged. In addition, we study a coarse-grained model motivated by the observed flow characteristics and challenge its predictions directly with the MD simulations. While the model captures both macroscopic and local properties rather satisfactorily, the agreement with respect to the spatiotemporal correlations is at most qualitative. The discrepancies provide important insight into relevant physics that is missing in all related coarse-grained models that have been developed for the flow of amorphous materials so far, namely the finite shear wave velocity and the impact of elastic heterogeneities on stress redistribution. 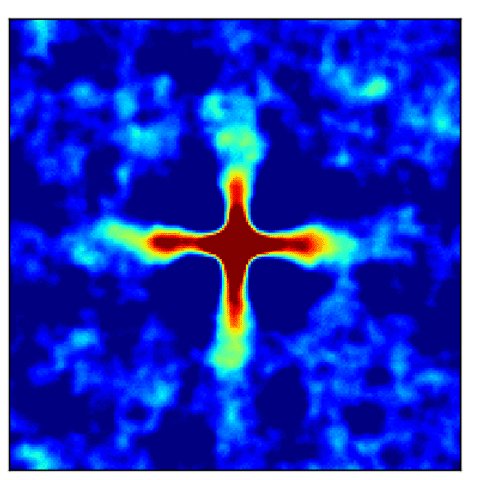