Supernovae: An example of complexity in the physics of compressible fluids

Because the collapse of massive stars occurs in a few seconds, while the stars evolve on billions of years, the supernovae are typical complex phenomena in fluid mechanics with multiple time scales. We describe them in the light of catastrophe theory, assuming that successive equilibria between pressure and gravity present a saddle-center bifurcation. In the early stage we show that the loss of equilibrium may be described by a generic equation of the Painlevé I form. This is confirmed by two approaches, first by the full numerical solutions of the Euler-Poisson equations for a particular pressure-density relation, secondly by a derivation of the normal form of the solutions close to the saddle-center. In the final stage of the collapse, just before the divergence of the central density, we show that the existence of a self-similar collapsing solution compatible with the numerical observations imposes that the gravity forces are stronger than the pressure ones. This situation differs drastically in its principle from the one generally admitted where pressure and gravity forces are assumed to be of the same order. Moreover it leads to different scaling laws for the density and the velocity of the collapsing material. The new self-similar solution (based on the hypothesis of dominant gravity forces) which matches the smooth solution of the outer core solution, agrees globally well with our numerical results, except a delay in the very central part of the star, as discussed. Whereas some differences with the earlier self-similar solutions are minor, others are very important. For example, we find that the velocity field becomes singular at the collapse time, diverging at the center, and decreasing slowly outside the core, whereas previous works described a finite velocity field in the core which tends to a supersonic constant value at large distances. This discrepancy should be important for explaining the emission of remnants in the post-collapse regime. Finally we describe the post-collapse dynamics, when mass begins to accumulate in the center, also within the hypothesis that gravity forces are dominant. 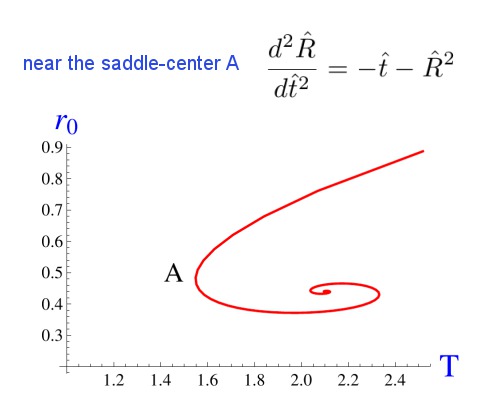