Generation of umbilics by Poiseuille flows

. We have shown previously that umbilics which are point defects of the field

can be generated in a controlled manner by magnetic fields. Here we report on a serendipitous discovery of generation of umbilics during cleaning of a sample and on a series of experiments which were performed with the aim to unveil conditions necessary for a controlled reproduction of this phenomenon. From the analysis of all circumstances in which umbilics were generated we conclude that umbilics are generated by Poiseuille flows and appear in π-walls in points where these walls are orthogonal to the flow direction. We discuss theoretical aspects of the action of Poiseuille flows on the field

and unveil the relationship

→ system π-walls. Finally we explain why and where umbilics are generated in π-walls. 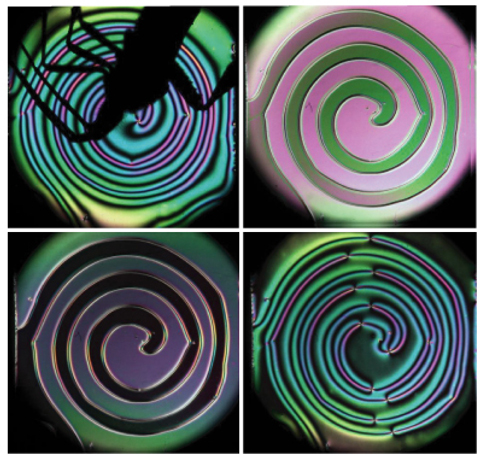