The electro-optic and dielectric properties of ferroelectric liquid crystal-multi-wall carbon nanotube dispersions were investigated with respect to temperature and nanotube concentration. The main physical properties, such as tilt angle, spontaneous polarization, response time, viscosity, and Goldstone-mode relaxation strength and frequency were studied. While all dispersions exhibit the expected temperature dependencies of their physical properties, their dependence on nanotube concentration is still a controversial discussion in literature, with several contradicting reports. For increasing nanotube concentration we observed a decrease in tilt angle, but an increase in spontaneous polarisation, the latter explaining the enhancement of the bilinear coupling coefficient, and the dielectric relaxation strength. Despite the increase in polarization, the electro-optic response times slow down, which suggests an increase of rotational viscosity along the tilt cone. It is anticipated that the latter also accounts for the observed decrease of the Goldstone-mode relaxation frequency for increasing nanotube concentration. 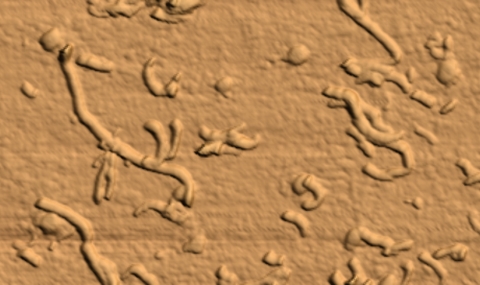