Order and frustration in liquid-crystalline dendrimers

X-ray diffraction has been used to elucidate the structure and phase behavior of several liquid-crystalline dendrimers with a different surface topology of the terminal chains. This includes second-generation liquid-crystalline block and statistical dendrimers with mixed aliphatic and mesogenic terminal groups as well as homo-dendrimers of several generations containing only mesogenic end groups. The homo-dendrimers of generation one to four display a monolayer smectic phase, while the fifth generation shows a more ordered columnar phase. The block-dendrimer of the second generation has a bilayer smectic phase. The precise structure of the lamellar ordering has been determined by X-ray reflectivity from thin films on a substrate. The second-generation statistical dendrimer does not show any mesogenic phase. The observed phase behavior is discussed in terms of the frustration due to competition between the stiff geometry of the dendritic matrix and the close-packing conditions of the terminal chains. 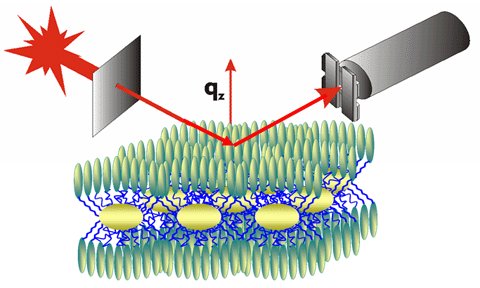