For inhomogeneous classical Coulomb fluids in thermal equilibrium, like the jellium or the two-component Coulomb gas, there exists a variety of exact sum rules which relate the particle one-body and two-body densities. The necessary condition for these sum rules is that the Coulomb fluid possesses good screening properties, i.e. the particle correlation functions or the averaged charge inhomogeneity, say close to a wall, exhibit a short-range (usually exponential) decay. In this work, we study equilibrium statistical mechanics of an electric double layer with counter-ions only, i.e. a globally neutral system of equally charged point-like particles in the vicinity of a plain hard wall carrying a fixed uniform surface charge density of opposite sign. At large distances from the wall, the one-body and two-body counter-ion densities go to zero slowly according to the inverse-power law. In spite of the absence of screening, all known sum rules are shown to hold for two exactly solvable cases of the present system: in the weak-coupling Poisson-Boltzmann limit (in any spatial dimension larger than one) and at a special free-fermion coupling constant in two dimensions. This fact indicates an extended validity of the sum rules and provides a consistency check for reasonable theoretical approaches. 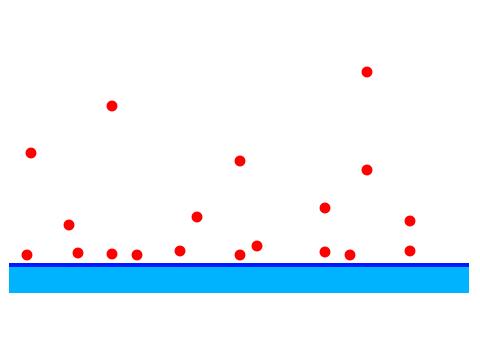