Some specific sequences in duplex DNA can give rise to local formation of a triple helical DNA called triplex together with a separate strand. Recent single-molecule FRET experiments, performed on DNA strands designed to fold into a triplex, allow us to measure the folding and unfolding time distributions under neutral p H conditions. The average times of both processes are of the order of 1s. The folding time is moderately sensitive to salt concentration. The average unfolding time is found to be nearly constant. Interestingly, the distributions of the unfolding time revealed heterogeneous kinetics at moderate salt concentration (∼ 10 mM), but not at high salt (∼ 100 mM). We relate this salt dependence to different folding paths and folded states, which are governed by the (salt-dependent) stiffness of the third single-stranded donor sequence. Finally we comment on the formation of intramolecular triplex named H-DNA in a torsionally constrained duplex under physiological salt conditions, which mimics the in vivo situation of triplex folding. 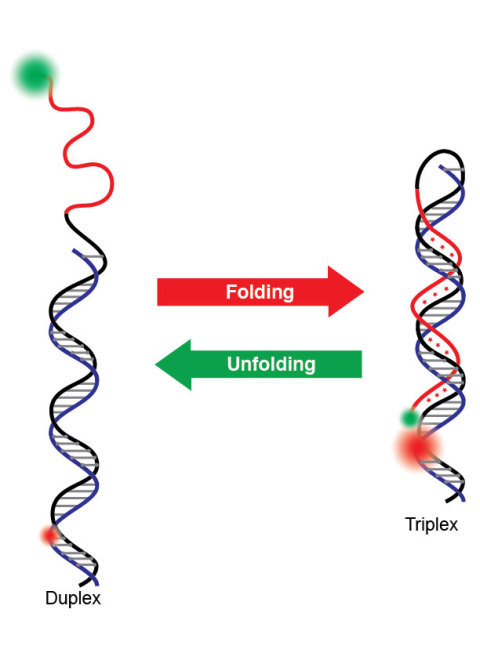