Movement in a gravitational field: The question of limb interarticular coordination in terrestrial vertebrates

In this paper, we demonstrated that interarticular coordination of terrestrial tetrapods emerges from an environment highly constrained by friction and the gravitational field. We briefly review recent works on the jumping behavior in squamates, lemurs and amphibians. We then explore previously published work as well as some unpublished experimental data on human jumping. Finally, we end by inferring locomotion in some of the first limbed vertebrates using a simulation procedure. All these data show that despite changes in shape, structure, and motor controls of taxa, the same spatio-temporal sequence of joint displacements always occurs when the movement is executed in a terrestrial environment. Comparison with aquatic locomotion argues for the hypothesis that this pattern emerged in early terrestrial tetrapods as a response to the gravitational constraint and the terrestrial frictional environment. 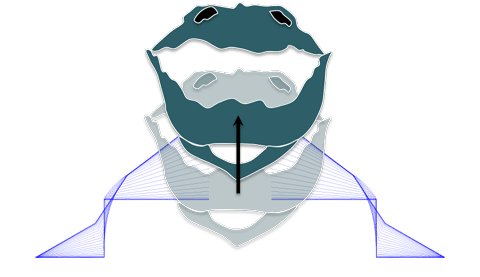