In this work we study the effective force between charged spherical colloids induced by the presence of smaller charged spheres using Monte Carlo simulations. The analysis is performed for two size ratios, q = R s/R b, two screened direct repulsions,

. We specially focus on the effect of the charge of the big colloids (Zb), and observe that the repulsion between big particles shows a non-monotonic behaviour: for sufficiently small charge, we find an anomalous regime where the total repulsion weakens by increasing the big colloid charge. For larger charges, the system recovers the usual behaviour and the big-big interaction becomes more repulsive increasing Zb. This effect is linked to the existence of strong attractive depletion interactions caused by the small-big electrostatic repulsion. We have also calculated the effective force using the Ornstein-Zernike equation with the HNC closure. In general, this theory agrees with the simulation results, and is able to capture this non-monotonic behaviour. 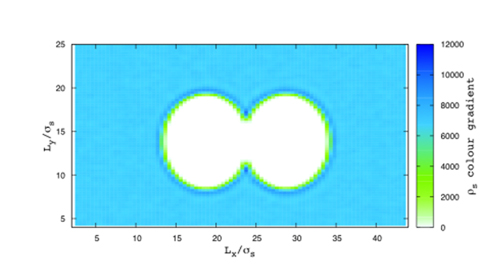