Cilia and flagella are actively bending slender organelles, performing functions such as motility, feeding and embryonic symmetry breaking. We review the mechanics of viscous-dominated microscale flow, including time-reversal symmetry, drag anisotropy of slender bodies, and wall effects. We focus on the fundamental force singularity, higher-order multipoles, and the method of images, providing physical insight and forming a basis for computational approaches. Two biological problems are then considered in more detail: 1) left-right symmetry breaking flow in the node, a microscopic structure in developing vertebrate embryos, and 2) motility of microswimmers through non-Newtonian fluids. Our model of the embryonic node reveals how particle transport associated with morphogenesis is modulated by the gradual emergence of cilium posterior tilt. Our model of swimming makes use of force distributions within a body-conforming finite-element framework, allowing the solution of nonlinear inertialess Carreau flow. We find that a three-sphere model swimmer and a model sperm are similarly affected by shear-thinning; in both cases swimming due to a prescribed beat is enhanced by shear-thinning, with optimal Deborah number around 0.8. The sperm exhibits an almost perfect linear relationship between velocity and the logarithm of the ratio of zero to infinite shear viscosity, with shear-thickening hindering cell progress. 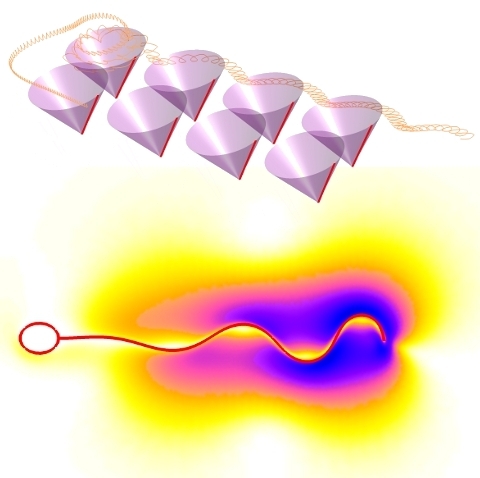