We perform numerical simulations of the jamming transition of non-spherical particles in two dimensions. In particular, we systematically investigate how the physical quantities at the jamming transition point behave when the shapes of the particle deviate slightly from the perfect disks. For efficient numerical simulation, we first derive an analytical expression of the gap function, using the perturbation theory around the reference disks. Starting from disks, we observe the effects of the deformation of the shapes of particles by the n-th-order term of the Fourier series

. We show that the several physical quantities, such as the number of contacts, gap distribution, and characteristic frequencies of the vibrational density of states, show the power-law behaviors with respect to the linear deviation from the reference disks. The power-law behaviors do not depend on n and are fully consistent with the mean-field theory of the jamming of non-spherical particles. This result suggests that the mean-field theory holds very generally for nearly spherical particles. 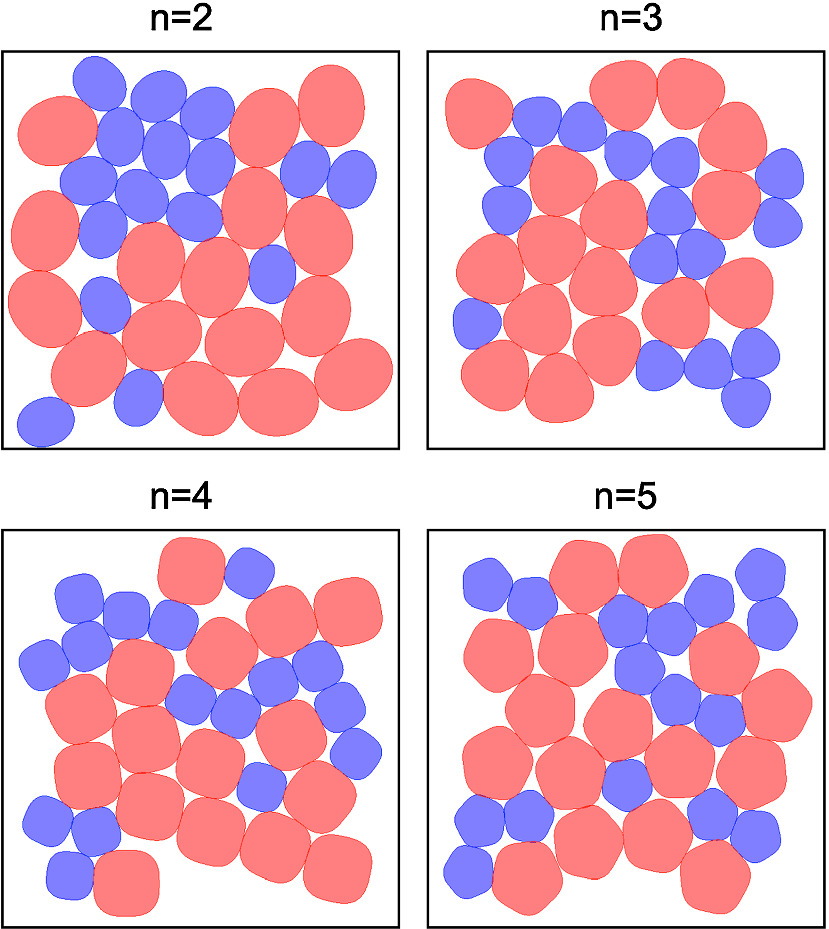