Foam drainage, the downward flow of the intervening liquid due to gravity, surface tension and viscosity, is an important factor for foam stability. Forced drainage (adding liquid to a foam column from the top) is used to study liquid flow characteristics in foam. The different competing phenomena involved in the vertical and horizontal movement is studied by visually monitoring the draining liquid using a dye. Hence, this study is called two-dimensional (2D) drainage, horizontal movement being considered as just one dimension. We report, for the first time, 2D forced drainage in a natural surfactant extracted from Sapindus mukorossi. Draining wave front flows vertically and spreads horizontally. Vertical front position proceeds with time in a power law whose exponent indicates a Poiseuille flow, like synthetic surfactants. The wave front begins as a conic form downstream producing an expanding ellipsoid with time. The liquid fraction, taken as light intensity at any point, follows a Gaussian distribution along the horizontal. There is an asymmetric Gaussian distribution along the vertical which distorts after 10 s, indicating two types of flow occurring simultaneously. Two such liquid movements through foam have not been reported in the literature. The reason behind these two types of flow needs further investigations. 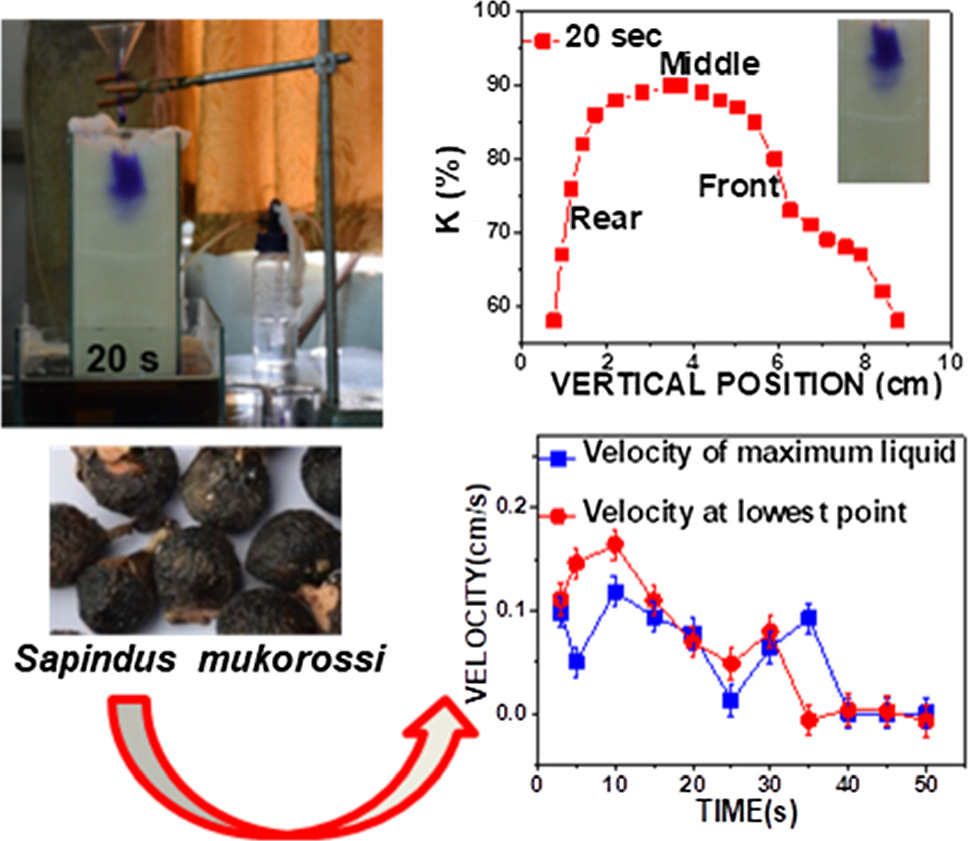