Slip in adhesion tests of a Kaolin clay

Adhesion tests were performed on concentrated suspensions of Kaolin clay. At low concentrations samples formed conical deposits on both the top and bottom plates with the central region narrowing to a filament before undergoing breakup. In contrast high concentration samples deformed as a cylinder before apparently fracturing into two pieces. As the concentration of the samples was increased the samples underwent quite different forms of slip which it is shown can be deduced from their respective force distance curves. The type of slip behaviour for a given concentration of clay could be modified with changes to surface roughness, the initial compressive load prior to an experiment and with the separation velocity of the plates. The different slip characteristics appear to arise from the concentration dependent way in which particles interact with the rough surface topography. 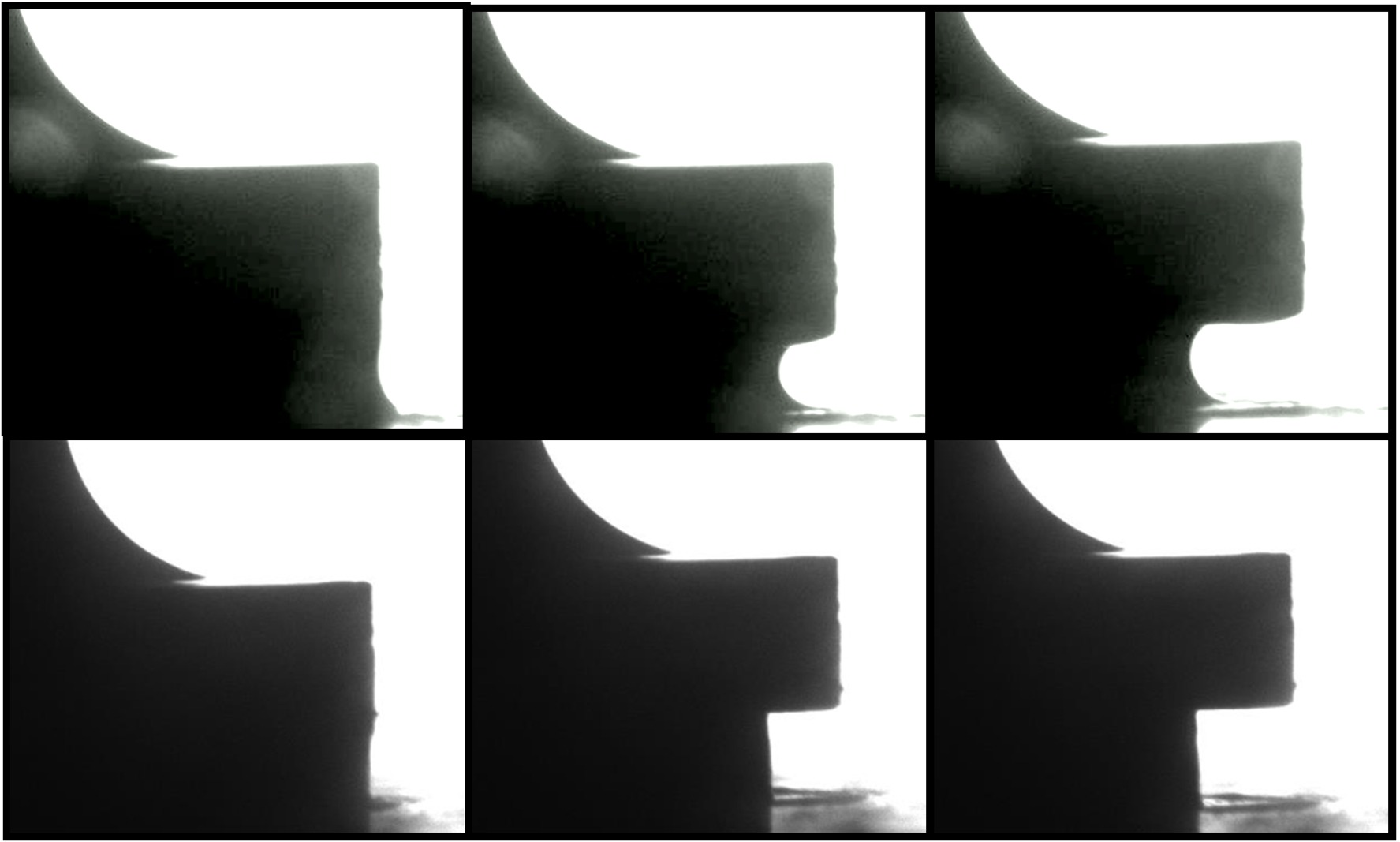