The phenomenon of a precursor spreading in front of an advancing droplet is still not fully understood. We recently used a driven lattice-gas model to study the microscopic dynamics of thin film spreading. We found that the scaling exponents describing the dynamics of both the precursor and the bulk layers are not universal, and strongly depend on the parameters describing the various interactions in the system. In this paper we show yet another nontrivial and rich behavior of the system. This is the non-monotonicity of the exponents, which reflects the competition between the various mechanisms that drive the system. In particular, we study the dependence of the scaling exponents on the ratio of the external substrate potential and the internal short-range interactions that drive the spreading in both layers. 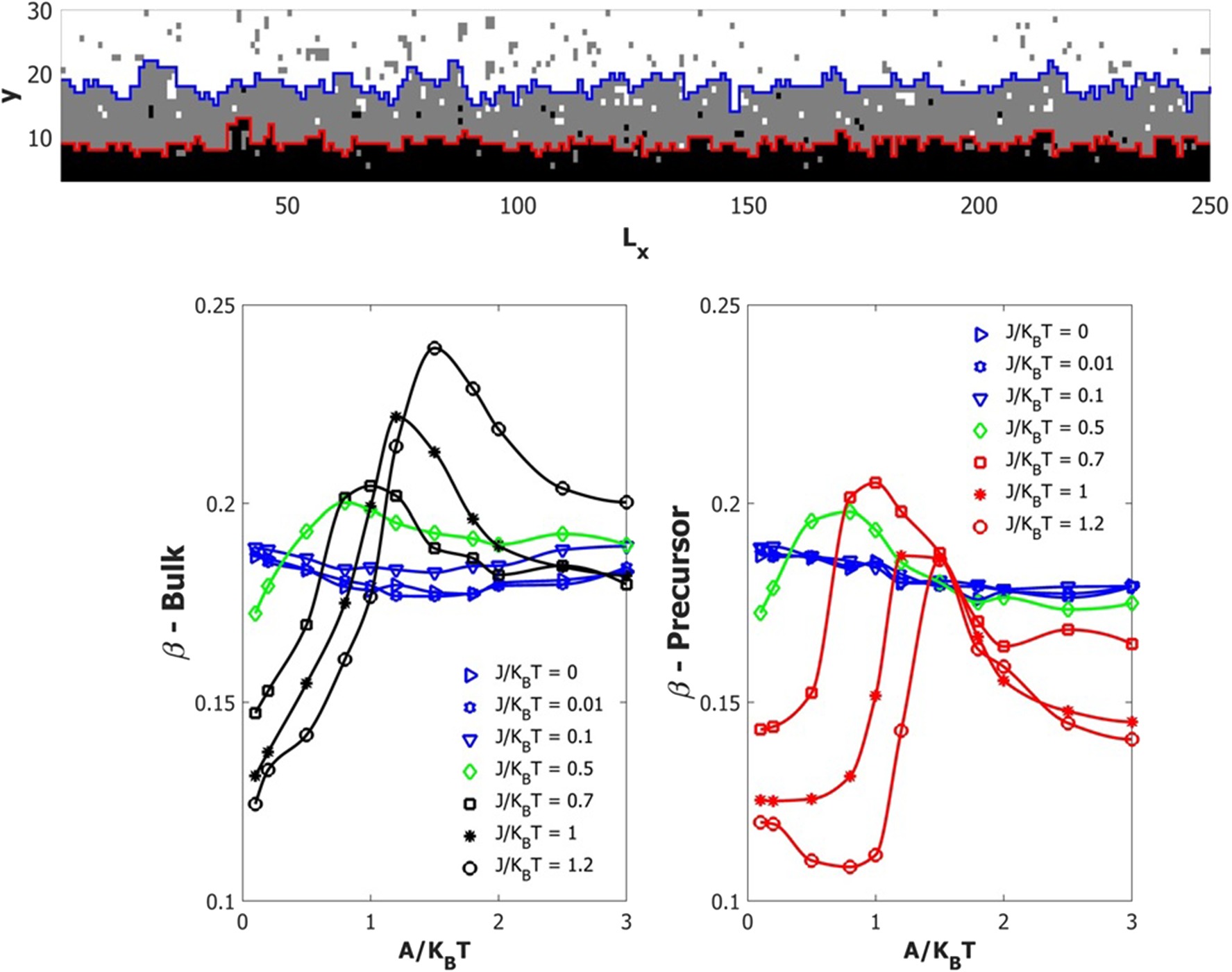