Often in bacterial regulatory networks, small non-coding RNAs (sRNA) interact with several mRNA species. The competition among mRNAs for binding to the common pool of sRNA might lead to crosstalk between the mRNAs. This is similar to the competing endogenous RNA effect that leads to complex gene regulation with stabilized gene expression in Eukaryotes. Here, we study an sRNA-driven feed-forward loop (sFFL) where the top-tier regulator, an sRNA, translationally activates the target protein (TP) as well as a transcriptional activator of the TP through binding to the respective mRNAs. We show that the sRNA-mediated crosstalk between the two mRNA species enables the sFFL to function in three different regimes depending on the synthesis rate of the transcriptional activator mRNA. Of these three regimes, there exists a sensitive regime where the TP level shows interesting features depending on the precise mechanism of target translation. In the case of translation entirely from sRNA–mRNA bound complexes, the TP level becomes maximum around the sensitive regime. Through stochastic analysis and simulations, we show that relative fluctuations in the TP level is minimized here. For translation both from mRNA and sRNA–mRNA bound complexes, the target expression shows a threshold response across the sensitive regime. 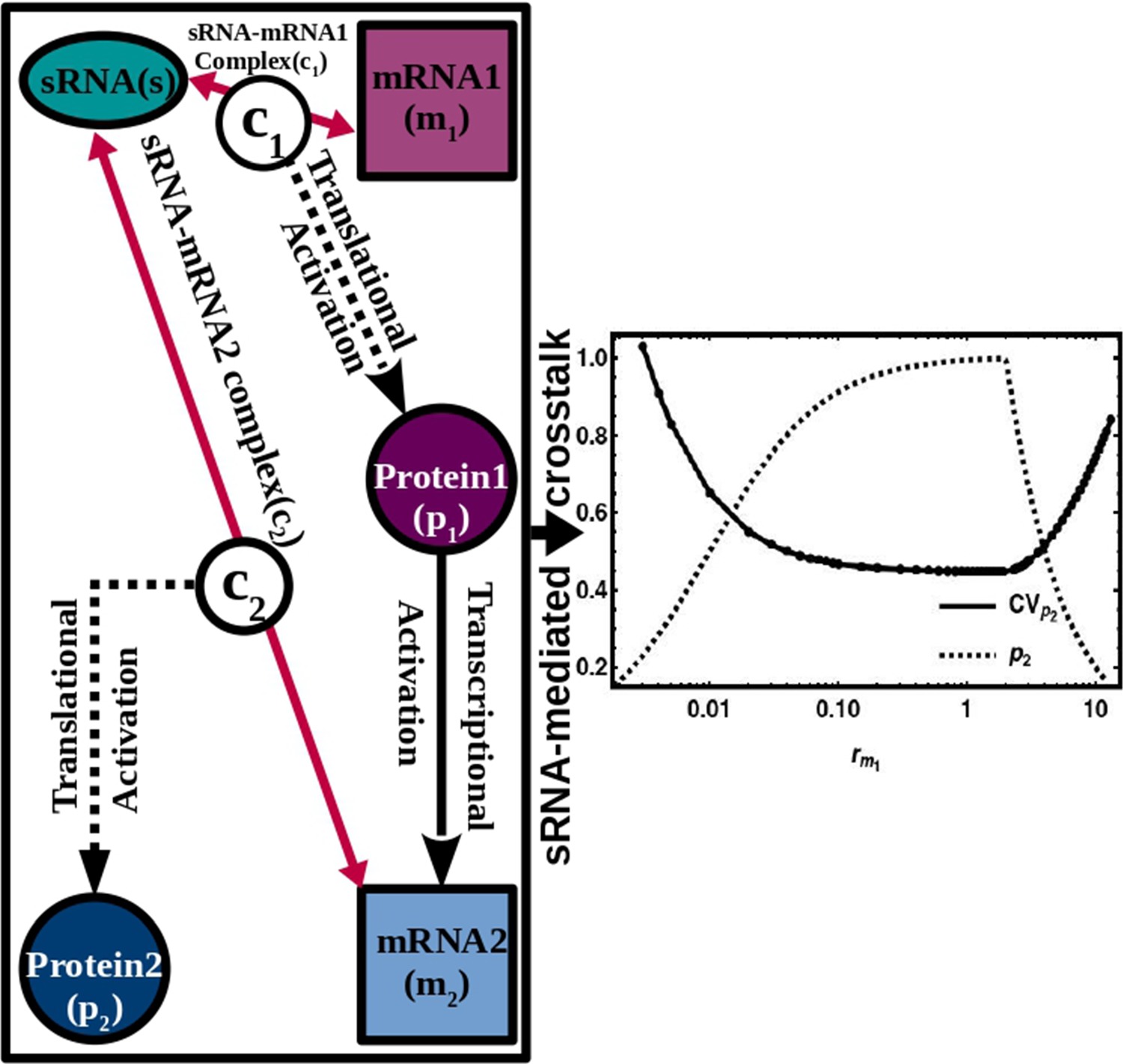