We use dynamic numerical simulations to investigate the role of particle rotation in pairwise capillary interactions of particles trapped at a fluid interface. The fluid interface is modeled with a phase-field method which is coupled to the Navier–Stokes equations to solve for the flow dynamics. Numerical solutions are found using a finite element scheme in a bounded two-dimensional geometry. The interfacial deformations are caused by the buoyant weight of the particles, which are allowed to both translate and rotate due to the capillary and viscous forces and torques at play. The results show that the capillary attraction is faster between freely rotating particles than if particle rotation is inhibited, and the higher the viscosity mismatch, the greater the effect. To explain this result, we analyze the drag force exerted on the particles and find that the translational drag force on a rotating particle is always less than its non-rotating counterpart due to attenuated velocity gradients in the vicinity of the particle. We also find that the influence of interfacial deformations on particle rotation is minute. 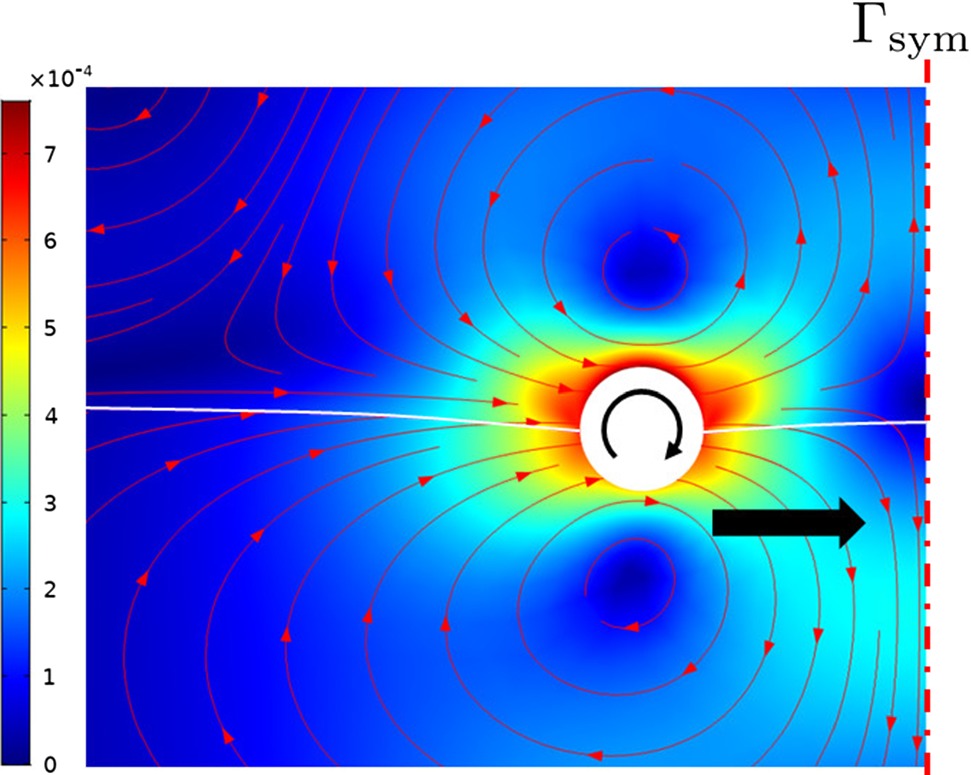