Stochastic microswimming model of ribosome motion on the polysome

In this work we assume that the ribosome propels itself during the translocation step of the translation process of protein synthesis by running a cycle of stochastically generated conformational changes involving its two subunits. This cycle includes only two experimentally found ribosome shape changes. The main result is an analytic expression for ribosome’s average swimming speed on a polysome, where the ribosome is in the presence of other ribosomes. Relevant geometric parameters of ribosome deformations are calculated first by solving a deterministic problem where the ribosome runs a cycle of prescribed conformational changes. The method of reflections and pairwise additivity are used to obtain the stresses and forces needed to apply the multiparticle reciprocal theorem. Ribosome’s average velocity when it runs the corresponding stochastic cycle of deformations is calculated assuming independence among the conformational cycles of different ribosomes on the polysome. The results obtained show that swimming in tandem on the polysome allows the ribosome to reach any typical subcellular speed with deformations whose amplitude is of a smaller size than when it swims alone in the fluid. Also, the flow organized by its swimming stroke becomes more determinant for its motion than random diffusion, compared to the solitary ribosome. 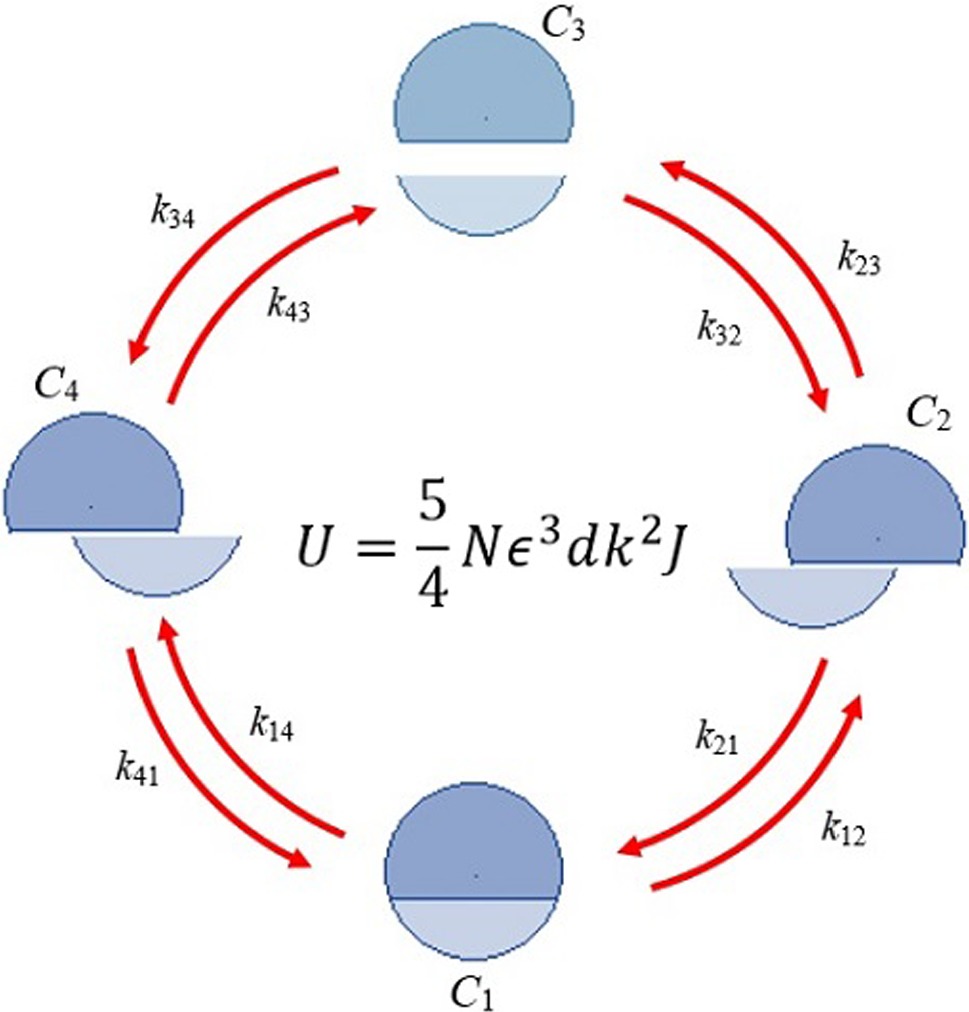