Izabela S̀liwa1* and A. V. Zakharov2*

is caused by the laser beam pulse focused on the channel’s boundary, whereas the normally directed electric field is due to electric double layers, that is naturally created within the liquid crystal near a charged surface. Calculations, based upon the nonlinear extension of the classical Ericksen-Leslie theory, with accounting the entropy balance equation, show that due to the coupling between the

, in the HAN microfluidic channel the vortical flow

may be excited. The direction and magnitude of

and E0, as well as by the thickness of the HAN microfluidic channel. 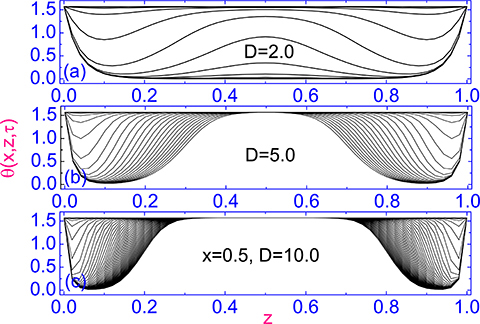