Pixantrone anticancer drug as a DNA ligand: Depicting the mechanism of action at single molecule level

In this work we use single molecule force spectroscopy performed with optical tweezers in order to characterize the complexes formed between the anticancer drug Pixantrone (PIX) and the DNA molecule, at two very different ionic strengths. Firstly, the changes of the mechanical properties of the DNA-PIX complexes were studied as a function of the drug concentration in the sample. Then, a quenched-disorder statistical model of ligand binding was used in order to determine the physicochemical (binding) parameters of the DNA-PIX interaction. In particular, we have found that the PIX molecular mechanism of action involves intercalation into the double helix, followed by a significant compaction of the DNA molecule due to partial neutralization of the phosphate backbone. Finally, this scenario of interaction was quantitatively compared to that found for the related drug Mitoxantrone (MTX), which binds to DNA with a considerably higher equilibrium binding constant and promotes a much stronger DNA compaction. The comparison performed between the two drugs can bring clues to the development of new (and more efficient) related compounds. 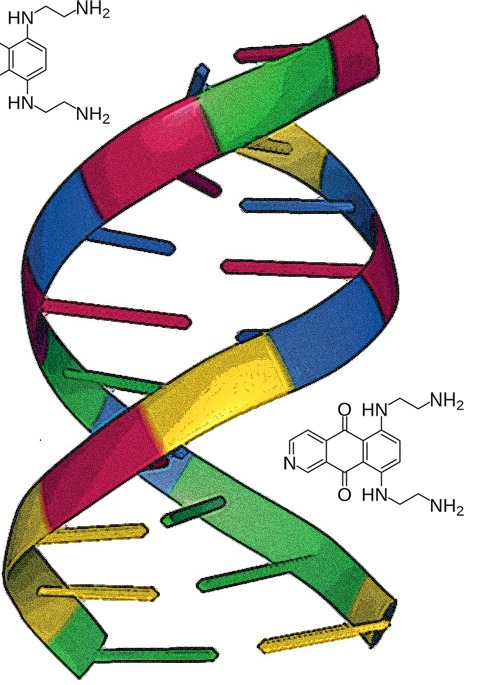