Rigidity and auxeticity transitions in networks with strong bond-bending interactions

A widely studied model for gels or biopolymeric fibrous materials are networks with central force interactions, such as Hookean springs. Less commonly studied are materials whose mechanics are dominated by non-central force interactions such as bond-bending potentials. Inspired by recent experimental advancements in designing colloidal gels with tunable interactions, we study the micro- and macroscopic elasticity of two-dimensional planar graphs with strong bond-bending potentials, in addition to weak central forces. We introduce a theoretical framework that allows us to directly investigate the limit in which the ratio of characteristic central-force to bending stiffnesses vanishes. In this limit we show that a generic isostatic point exists at

, coinciding with the isostatic point of frames with central-force interactions in two dimensions. We further demonstrate the emergence of a stiffening transition when the coordination is increased towards the isostatic point, which shares similarities with the strain-induced stiffening transition observed in biopolymeric fibrous materials, and coincides with an auxeticity transition above which the material’s Poisson’s ratio approaches -1 when bond-bending interactions dominate. 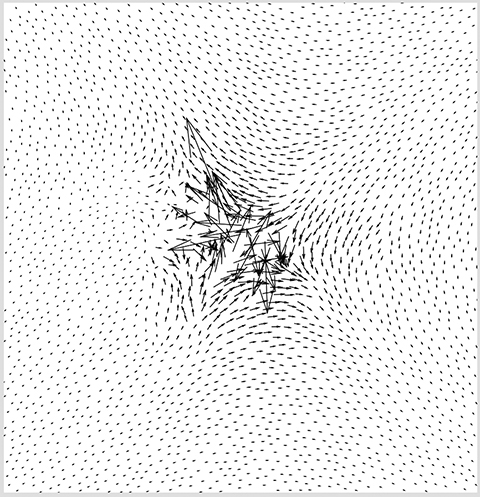