The free swelling of knots and the directional motion of knots under tension were studied in vertically vibrated bead chains. A metastable state of swelling was observed in the strongly vibrated two-end-free bead chains, as predicted by Grosberg and Rabin (Phys. Rev. Lett. 99, 217801 (2007)). Knots in the two-end-fixed chains were found to move directionally. The direction of motion could be changed by flipping the knot over. The velocity of motion depended on the tension in the bead chain. The effects of tension on the motion of knots were studied in one-end-fixed chains. The directional reptation might have been influenced by the random motion of the leading arc of the knot. The knots might move in a forced-reptation manner under the interaction with a simulated translocase. 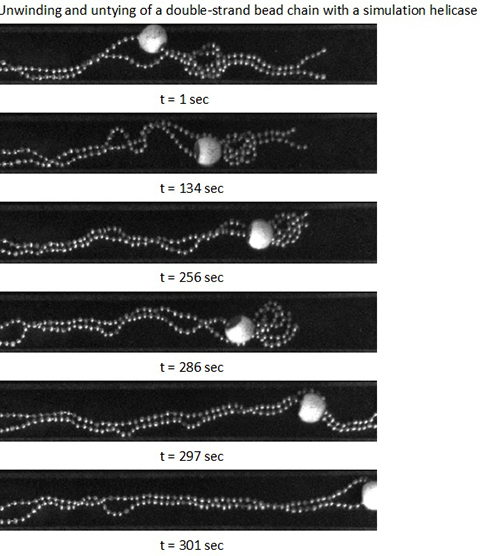