The evolution over time of the nonlinear slip behavior of a polydimethylsiloxane (PDMS) polymer melt on a weakly adsorbing surface made of short non-entangled PDMS chains densely end-grafted to the surface of a fused silica prism has been measured. The critical shear rate at which the melt enters the nonlinear slip regime has been shown to increase with time. The adsorption kinetics of the melt on the same surface has been determined independently using ellipsometry. We show that the evolution of slip can be explained by the slow adsorption of melt chains using the Brochard-de Gennes's model. 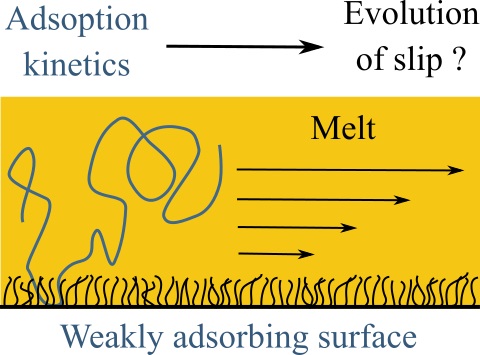