The linear stability of a steady convective flow of a ternary mixture placed between differently heated vertical rigid plates is studied. The applied temperature gradient induces concentration gradients due to the Soret effect. The analysis is done for the case when separation ratios of ternary mixture, i.e., Soret coefficients, have different signs but the net separation ratio is negative. The stability maps in terms of the Grashof number and net separation ratio are obtained and discussed for monotonic and oscillatory modes of instability. The previous results for long-wave instability of a binary mixture were recovered in the limit when one of the Soret coefficients tends to zero. For finite-wavelength perturbations the previous results were extended by discovering the oscillatory instability. 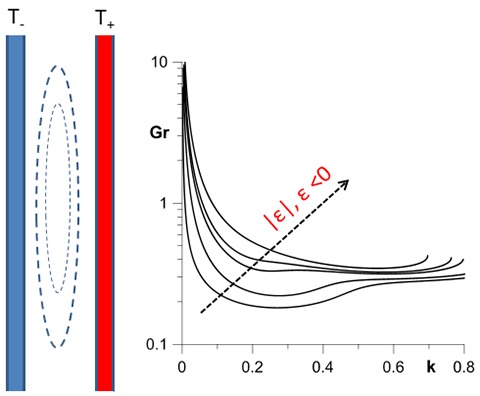