Issues in data expansion in understanding criticality in biological systems

At the point of a second-order phase transition also termed as a critical point, systems display long-range order and their macroscopic behaviors are independent of the microscopic details making up the system. Due to these properties, it has long been speculated that biological systems that show similar behavior despite having very different microscopics, may be operating near a critical point. Recent methods in neuroscience are making it possible to explore whether criticality exists in neural networks. Despite being large in size, many datasets are only a minute sample of the neural system and methods have to be developed to expand these datasets to study criticality. In this work we develop an analytical method of expanding a dataset to the large N limit to make statements about the critical nature of the dataset. We show that different ways of expanding the dataset while keeping its variance and mean fixed yield different results regarding criticality. This hence casts doubts on the established procedures for deducing criticality of biological systems through expansion of finite-sized datasets. 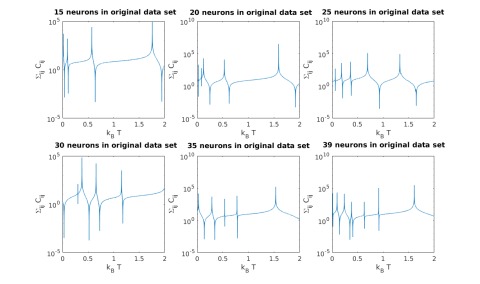