We study the transport of alignment active particles in complex confined structures (an array of asymmetric funnels). It is found that due to the existence of the multiple pathways, the alignment interaction can enrich the transport behavior of active particles. In an array of asymmetric funnels, the purely nematic alignment always suppresses the rectification. However, the polar alignment does not always promote the rectification, the rectification is suppressed for large self-propulsion speed. In addition, we also found the existence of optimal parameters (the self-propulsion speed and the rotational diffusion coefficient) at which the directed velocity takes its maximal value. 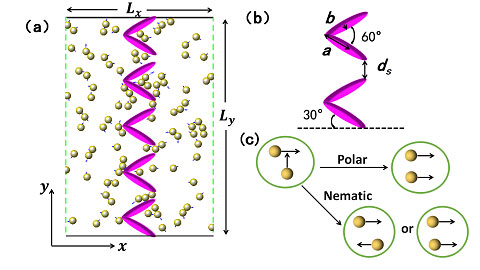