Are midge swarms bound together by an effective velocity-dependent gravity?

Midge swarms are a canonical example of collective animal behaviour where local interactions do not clearly play a major role and yet the animals display group-level cohesion. The midges appear somewhat paradoxically to be tightly bound to the swarm whilst at the same time weakly coupled inside it. The microscopic origins of this behaviour have remained elusive. Models based on Newtonian gravity do, however, agree well with experimental observations of laboratory swarms. They are biologically plausible since gravitational interactions have similitude with long-range acoustic and visual interactions, and they correctly predict that individual attraction to the swarm centre increases linearly with distance from the swarm centre. Here we show that the observed kinematics implies that this attraction also increases with an individual's flight speed. We find clear evidence for such an attractive force in experimental data. 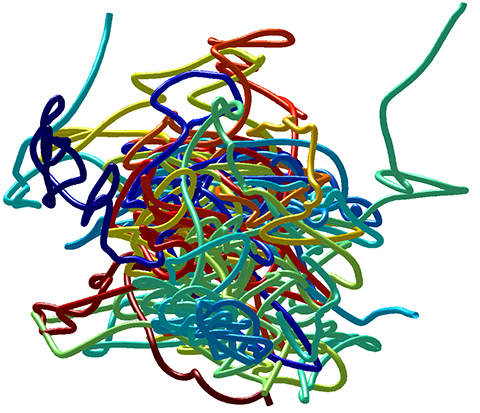