The Taylor dispersion technique has been used for measuring ternary mutual diffusion coefficients for mixtures of cyclohexane-toluene-methanol, corresponding to the mixtures under study on the International Space Station (ISS) within the scope of the project DCMIX2 (second series of the experiment Diffusion Coefficients in Mixtures). Five ternary systems with different composition of cyclohexane-toluene-methanol were investigated in order to accurately obtain the mass diffusion coefficients, contributing to a better understanding of the isothermal molecular diffusion in conjunction with the coupled flows of solutes occurring in such fluid systems. Current standardized protocols for carrying out an experience are also examined to understand if the experimental conditions may be ill conditioning the final results. 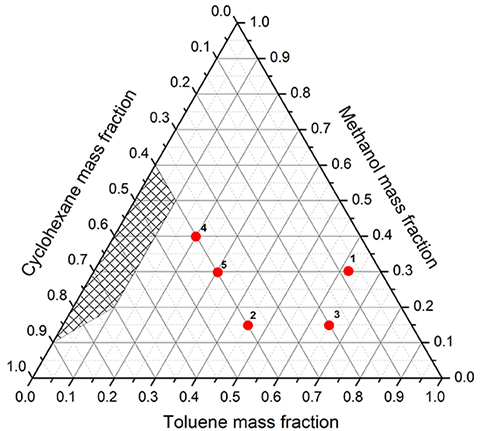