In both research and industrial settings spincoating is extensively used to prepare highly uniform thin polymer films. However, under certain conditions, spincoating results in films with non-uniform surface morphologies. Although the spincoating process has been extensively studied, the origin of these morphologies is not fully understood and the formation of non-uniform spin-cast films remains a practical problem. Here we report on experiments demonstrating that the formation of surface instabilities during spincoating is dependent on temperature. Our results suggest that non-uniform spin-cast films form as a result of the Marangoni effect, which describes flow due to surface tension gradients. We find that both the wavelength and amplitude of the pattern increase with temperature. Finally, and most important from a practical viewpoint, the non-uniformities in the film thickness can be entirely avoided simply by lowering the spin coating temperature. 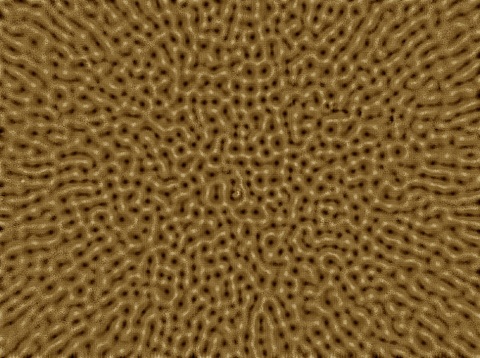