Statistical mechanics of two-dimensional foams: Physical foundations of the model

In a recent series of papers, a statistical model that accounts for correlations between topological and geometrical properties of a two-dimensional shuffled foam has been proposed and compared with experimental and numerical data. Here, the various assumptions on which the model is based are exposed and justified: the equiprobability hypothesis of the foam configurations is argued. The range of correlations between bubbles is discussed, and the mean-field approximation that is used in the model is detailed. The two self-consistency equations associated with this mean-field description can be interpreted as the conservation laws of number of sides and bubble curvature, respectively. Finally, the use of a “Grand-Canonical” description, in which the foam constitutes a reservoir of sides and curvature, is justified. 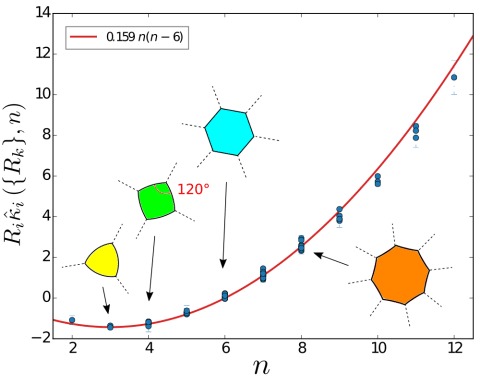