We revisit the problem of the long-range interaction between two conical proteins inserted into a lipid membrane and interacting via the induced deformation of the membrane, first considered by Goulian et al. (M. Goulian, R. Bruinsma, P. Pincus, Europhys. Lett. 22, 145 (1993); Europhys. Lett. 23, 155 (1993)). By means of a complex variables formulation and an iterative solution, we determine analytically an arbitrary high-order expansion of the interaction energy in powers of the inverse distance between two inclusions of different sizes. At leading order and for inclusions of equal sizes, we recover the result obtained by Goulian et al.. We generalize the development to inclusions of different sizes and give explicit formulas that increase the precision by ten orders in the inverse distance. 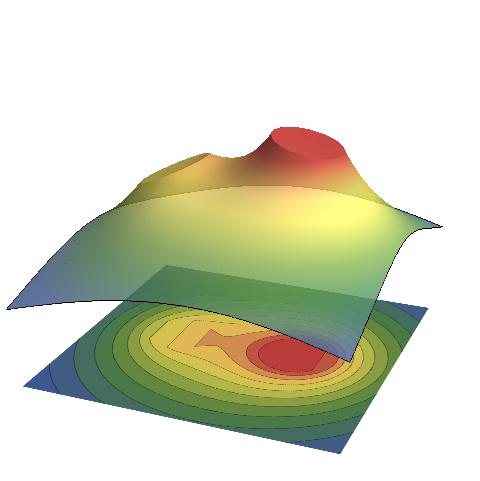