We consider the problem of boiling of the direct contact of two immiscible liquids. An intense vapour formation at such a direct contact is possible below the bulk boiling points of both components, meaning an effective decrease of the boiling temperature of the system. Although the phenomenon is known in science and widely employed in technology, the direct contact boiling process was thoroughly studied (both experimentally and theoretically) only for the case where one of liquids is becoming heated above its bulk boiling point. On the contrary, we address the case where both liquids remain below their bulk boiling points. In this paper we construct the theoretical description of the boiling process and discuss the actualisation of the case we consider for real systems. 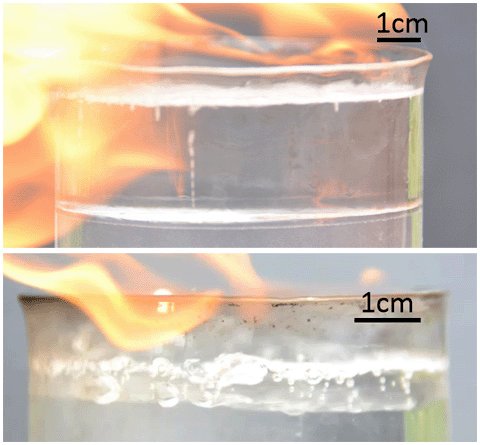