= 1.0 %, the magnetization curves do not behave in this way. Additionally, at high field (750 kA/m), the binary ferrofluid with

= 1.0 % has the smallest magnetization. From the model-of-chain theory, the extrinsic hysteresis behavior of these samples is attributed to the field-induced effects of pre-existing A particle chains, which involve both Brownian rotation of the chains’ moments and a Néel rotation of the particles’ moments in the chains. The loss of magnetization for the ferrofluids with

= 1.0 % is attributed to pre-existing ring-like A-particle aggregates. These magnetization behaviors of the dilute binary ferrofluids not only depend on features of the strongly magnetic A-particle system, but also modifications of the weaker magnetic B-particle system. 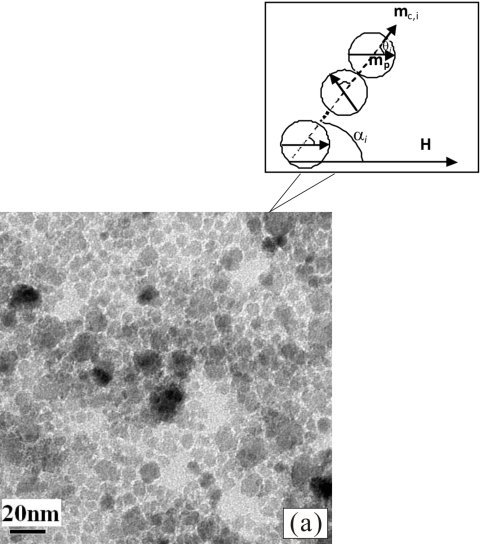