Recent observation results show that sand ripples and dunes are movable like those on Earth under current Martian climate. And the aeolian process on Mars therefore is re-attracting the eyes of scientific researchers in different fields. In this paper, the spatial and temporal evolution of wind-blown sand on Mars is simulated by the large-eddy simulation method. The simulations are conducted under the conditions of both friction wind speed higher and lower than the “fluid threshold”, respectively. The fluid entrainment of the sand particles, the processes among saltation sand particles and sand bed, and the negative feedback of sand movement to flow field are considered. Our results show that the “overshoot” phenomenon also exists in the evolution of wind-blown sand on Mars both temporally and spatially; impact entrainment affects the sand transport rate on Mars when the wind speed is smaller or larger than the fluid threshold; and both the average saltation length and height are one order of magnitudes larger than those on Earth. Eventually, the formulas describing the sand transport rate, average saltation length and height on Mars are given, respectively. 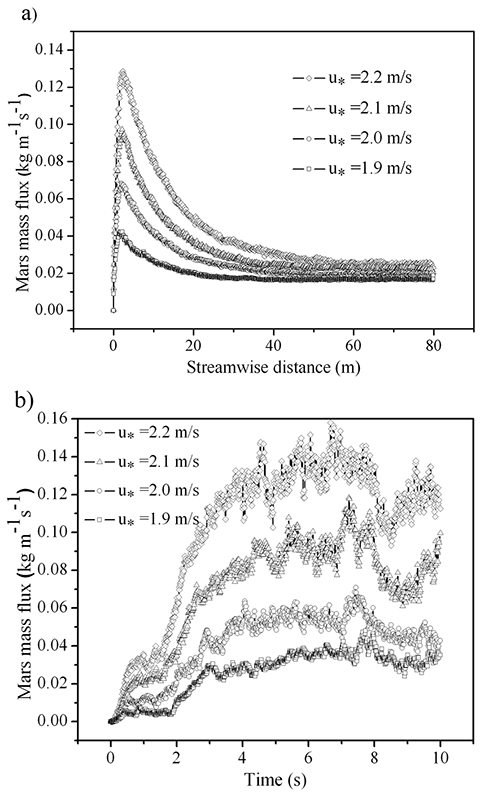