We study the flow patterns of turbulent convection in an inclined layer with a large aspect ratio Γ and moderately high Rayleigh numbers ranging from 9 × 104 to 2 × 107 based on three-dimensional numerical simulations. The Prandtl number is fixed at σ = 0.7 and the angles of inclination are varied between 5° ≤ θ ≤ 60°. The initial quiescent fluid layer is observed to firstly evolve into a quasi-periodical flow pattern before the turbulent convection is fully developed. The transient flow at earlier times, though elongated along the slope and anisotropic in the directions parallel to the top and bottom plates, becomes isotropic in the final statistically steady state, provided that the Rayleigh number is high (R ≃ 2 × 107) and the angle of inclination is small (θ ≤ 17°). The effect of inclination on the large-scale flow is different from that on individual plumes, which exhibits isotropy and is independent of the angles of inclination for Rayleigh numbers above 5 × 106. The regions near the upper and lower sidewalls of the enclosure, considered as extensions of the thermal boundary layer, shrink with increasing Rayleigh numbers and the scaling exponent is about 2/7. 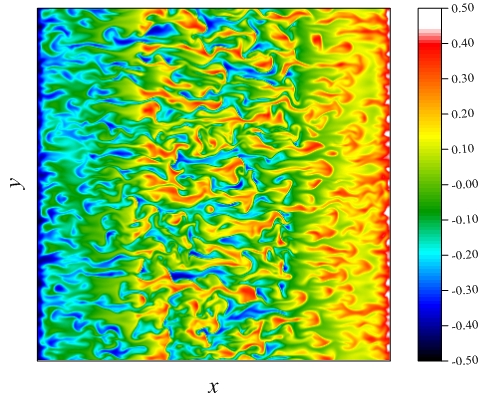