We observed the motion of an organelle transported by motor proteins in cells using fluorescence microscopy. Particularly, among organelles, the mitochondria in PC12 cells were studied. A mitochondrion was dragged at a constant speed for several seconds without pausing. We investigated the fluctuation dissipation theorem for this constant drag motion by comparing it with the motion of Brownian beads that were incorporated into the cells by an electroporation method. We estimated the viscosity value inside cells from the diffusion coefficients of the beads. Then the viscosity value obtained by using the beads was found to be slightly lower than that obtained from the diffusion coefficient for the organelle motion via the Einstein relation. This discrepancy indicates the violation of the Einstein relation for the organelle motion. 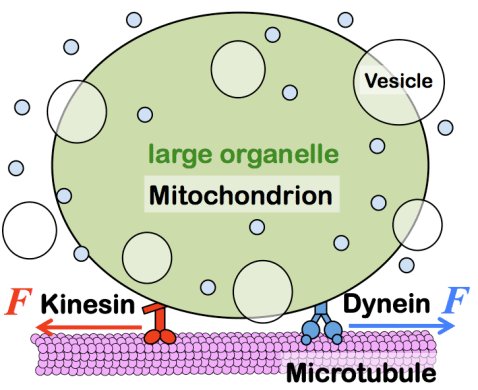