We report surface and interface effects in dynamics and chain conformation in the thin film of conjugated polymer PCDTBT. To probe dynamic anomalies, we measure the glass transition temperature (Tg) of PCDTBT films as a function of thickness, and find that there is a significant depression in Tg for films less than 100nm thick; a result qualitatively similar to that observed in many other polymer film systems. However, for films less than 40nm, the Tg converges to a constant value of 20K below its bulk value. Grazing incidence X-ray diffraction shows depth-dependent molecular organization that is associated with the unusual thickness-dependent dynamics. 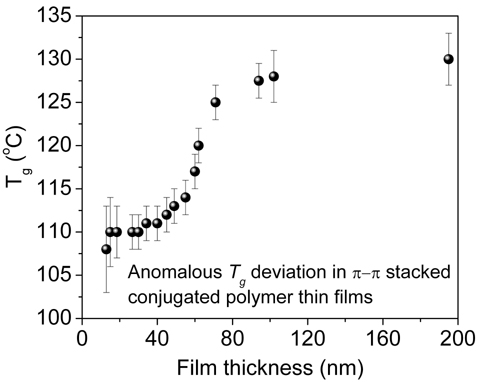